Books by Washington authors: May 2018

Books to explore this month include these titles by Washington authors: 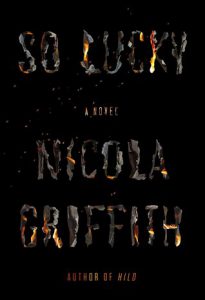 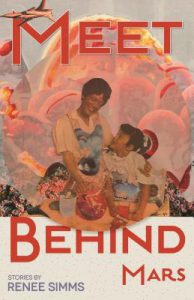 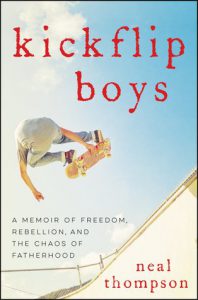 So Lucky by Nicola Griffith – FICTION
From the author of Hild, this new novel is the profoundly personal and emphatically political story of a confident woman forced to confront an unnerving new reality when in the space of a single week her wife leaves her and she is diagnosed with multiple sclerosis. Mara Tagarelli is, professionally, the head of a multi-million-dollar AIDS foundation; personally, a committed martial artist. But her life has turned inside out like a sock. She can’t rely on family, her body is letting her down, and friends and colleagues are turning away—they treat her like a victim. She needs to break that narrative: build her own community, learn new strengths, and fight.

Meet Behind Mars by Renee Simms – FICTION
“I feel like I can’t tell one story about a giant mustard penis because it’s not about a mustard penis only, but about all of these incidents together, in context, and through time.” So begins the title story in Renee Simms’s debut short story collection, Meet Behind Mars-a revealing look at how geography, memory, ancestry, and desire influence our personal relationships. The character-driven stories in Meet Behind Mars offer beautiful insight into the emotional lives of caretakers, auto workers, dancers, and pawn shop employees. In “High Country,” a frustrated would-be novelist considers ditching her family in the middle of the desert. In “Dive,” an adoptee returns to her adoptive home, still haunted by histories she does not know. Simms writes from the voice of women and girls who struggle under structural oppression and draws from the storytelling tradition best represented by writers like Edward P. Jones, whose characters have experiences that are specific to black Americans living in the late twentieth and twenty-first centuries.

Kick Flip Boys: A Memoir of Freedom, Rebellion, and the Chaos of Fatherhood by Neal Thompson
What makes a good father, and what makes one a failure? Does less-is-more parenting inspire independence and strength, or does it encourage
defiance and  trouble? Kickflip Boys is the story of a father’s struggle to understand his willful skateboarder sons, challengers of authority and convention, to accept his role as a vulnerable “skate dad,” and to confront his fears that the boys are destined for an unconventional and potentially fraught future. 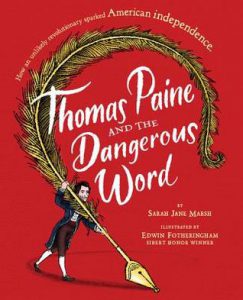 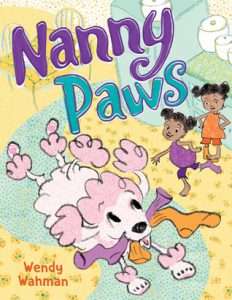 Thomas Paine and the Dangerous Word by Sarah Jane Marsh
As an English corset-maker’s son, Thomas Paine was expected to spend his life sewing women’s underwear. But as a teenager, Thomas dared to change his destiny, enduring years of struggle until a meeting with Benjamin Franklin brought Thomas to America in 1774–and into the American Revolution. Within 14 months, Thomas would unleash the persuasive power of the written word in Common Sense, a brash wake-up call that rallied the American people to declare independence against the mightiest empire in the world. Get immersed in Paine’s inspiring journey of courage, failure, and resilience.

Nanny Paws by Wendy Wahman
Nanny Paws looks after Ally and Mae the only way she knows how—as a dog would. There’s nothing she wouldn’t do for her girls. She feeds them a hearty breakfast (cookies are best), picks up their toys (teddy bears fit nicely in freshly dug holes), and even walks them to school (running them there is fun too). But one Tuesday, Ally and Mae come home sick, and it’s up to Nanny Paws to take care of them…in her own special way