It’s been a busy month for authors in Washington State. 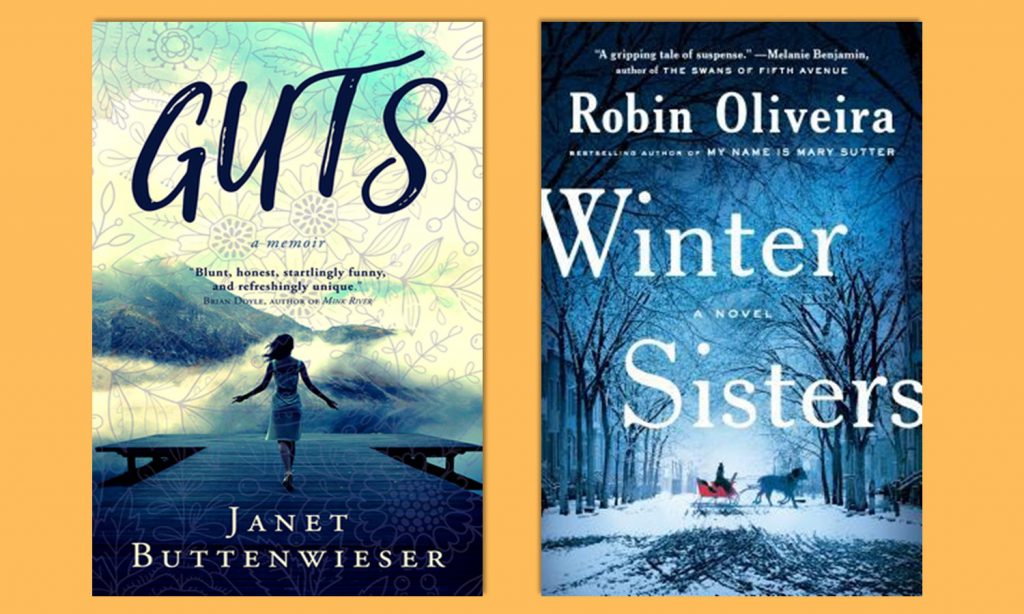 The Great Alone by Kristin Hannah: In 1974 a former POW, comes home from the Vietnam War a changed and volatile man. When he loses yet another job, he makes an impulsive decision: he will move wife, Cora, and daughter, Leni north, to Alaska, where they will live off the grid in America’s last true frontier. This book is an unforgettable portrait of human frailty and resilience.

She Regrets Nothing by Andrea Dunlop: When Laila Lawrence becomes an orphan at twenty-three, the sudden loss unexpectedly introduces her to three glamorous cousins from New York who show up unannounced at her mother’s funeral. Sly and sexy, She Regrets Nothing is a sharply observed and utterly seductive tale about family, fortune, and fate—and the dark side of wealth.

Lost Girls of Camp Forevermore by Kim Fu: A group of young girls descend on Camp Forevermore, a sleepaway camp in the Pacific Northwest, where their days are filled with swimming lessons, friendship bracelets, and camp songs by the fire. Filled with excitement and nervous energy, they set off on an overnight kayaking trip to a nearby island. But before the night is over, they find themselves stranded, with no adults to help them survive or guide them home.

The Hummingbirds by Ross McMeekin: Ezra works as a live-in groundskeeper on a celebrity couple’s enormous rental property in Los Angeles. When Sybil sets her sights on Ezra and gradually lures him in, he is as conflicted as he is tempted. Then Grant, her husband, approaches Ezra with a different proposal–to monitor Sybil to see if she is having an affair–and he is faced with the formidable challenge of refusing one or the other.

Winter Sisters by Robin Oliveira: New York, 1879: After an epic snow storm ravages the city of Albany, Dr. Mary Sutter, a former Civil War surgeon, begins a search for two little girls, the daughters of close friends killed by the storm who have vanished without a trace.

Home with You by Shirlee McCoy: Sullivan Bradshaw is in way over his head. A car crash killed his brother, Matthias, and critically injured his sister-in-law. It’s Sullivan’s turn to care for the couple’s six children and the ancestral farm, but the die-hard bachelor and art professor is hardly family-man material. What he needs is the perfect nanny-miracle worker-saint. What he gets is pretty Rumer Truehart, a free spirit who will change everything he ever thought he wanted.

Guts by Janet Buttenwieser: At age 24, Janet Buttenwieser moved to Seattle with a résumé devoted to public service and fantasies of single-handedly ending poverty. But within a year she’d developed an intestinal illness so rare she wound up in a medical journal. Janet navigated misdiagnosis, multiple surgeries, and life with a permanent colostomy. Like many female patients her concerns were glossed over by doctors. She was young and insecure, major liabilities in her life as a patient. How would she advocate for low-income people when she couldn’t even advocate for herself?

And don’t miss these two titles also coming in February

I Gave This Dream to a Color by C. C. Hannett

~ Posted by Nono Burling, Co-Coordinator, Washington Center for the Book