Washington’s Level 2 Letters About Literature Champion is recognized by the Library of Congress. 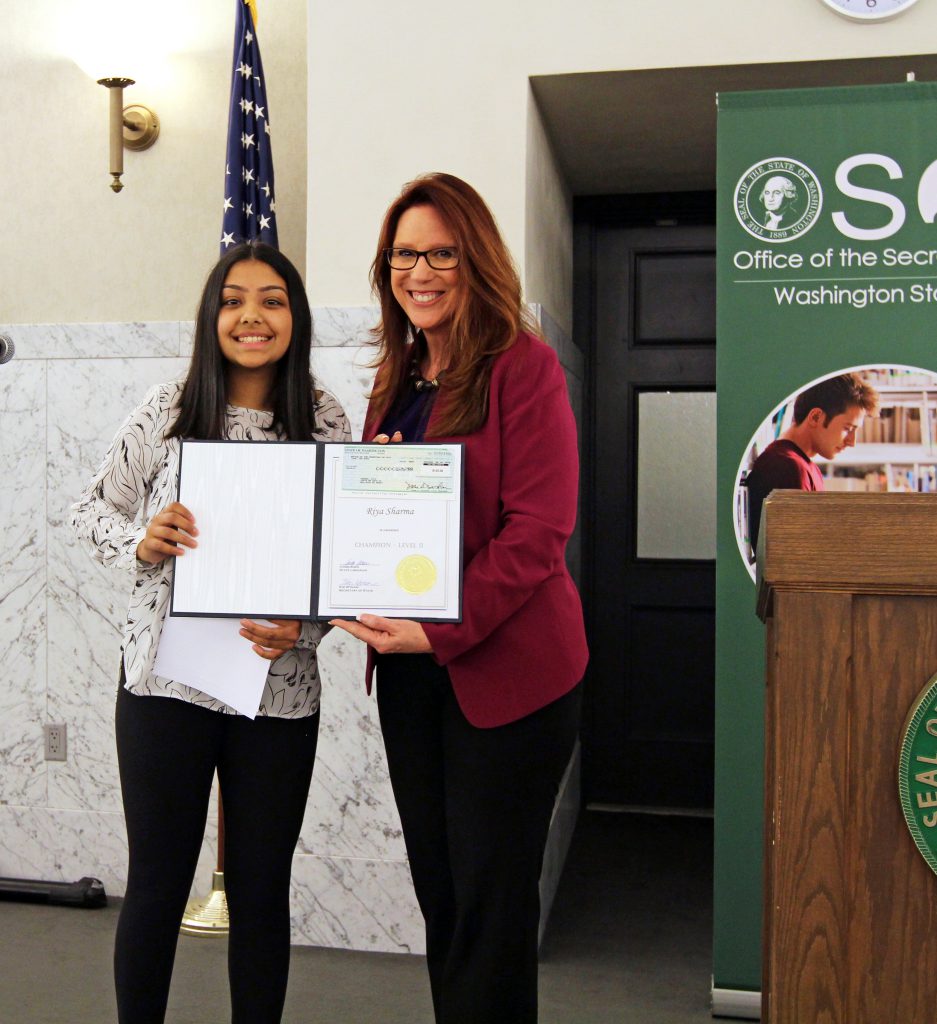 We are very pleased to announce that Washington’s Level 2 champion, Riya Sharma, has been selected as a National honor award winner for the letter she wrote about the book “The Confidence Code.” Riya is an 8th grade student at The Overlake School in Redmond.  Honestly we were not one bit surprised by her recognition, though the question this year was which of Washington State’s amazing three winning letters would be honored.  The Washington judges had this to say about Riya’s letter.

“Ms. Sharma’s letter stood out among many well written entries and did an excellent job of connecting the book to her own life. The way she applied the lessons in the book to her life was very perceptive. Ms. Sharma expresses insight into applying the concepts in The Confidence Code to her daily life, at school and at home. She writes to the authors saying, “The way to build confidence is by becoming comfortable with something. And you can’t be comfortable with something unless you try, even if there’s the chance of failure.”

More than 46,800 young readers from across the country participated in the annual initiative, which aims to instill a lifelong love of reading in the nation’s youth and to engage and nurture their passion for literature. The contest is promoted by the Center for the Book in the Library of Congress through its affiliated state centers, state libraries, state humanities councils and other organizations. In Washington State the affiliate is the Washington Center for the Book.

“Letters About Literature provides an authentic writing experience for students to reflect on their own reading and connect with an author,” said Librarian of Congress Carla Hayden. “As a librarian, I know first-hand how important the link is between reading and writing. Children who read will write better and children who write will read more.”

This is the thirteenth year that Washington State has participated in the Letters About Literature contest and Riya joins a list of many talented Washington students who have been recognized nationally.   Here is a list of the previous awardees and a link to each of their letters.

This contest is a favorite of everyone it touches.  The letters are always amazing and the knowledge that we have such deep thinkers in our state and our nation is a calm in the wild seas of the news.